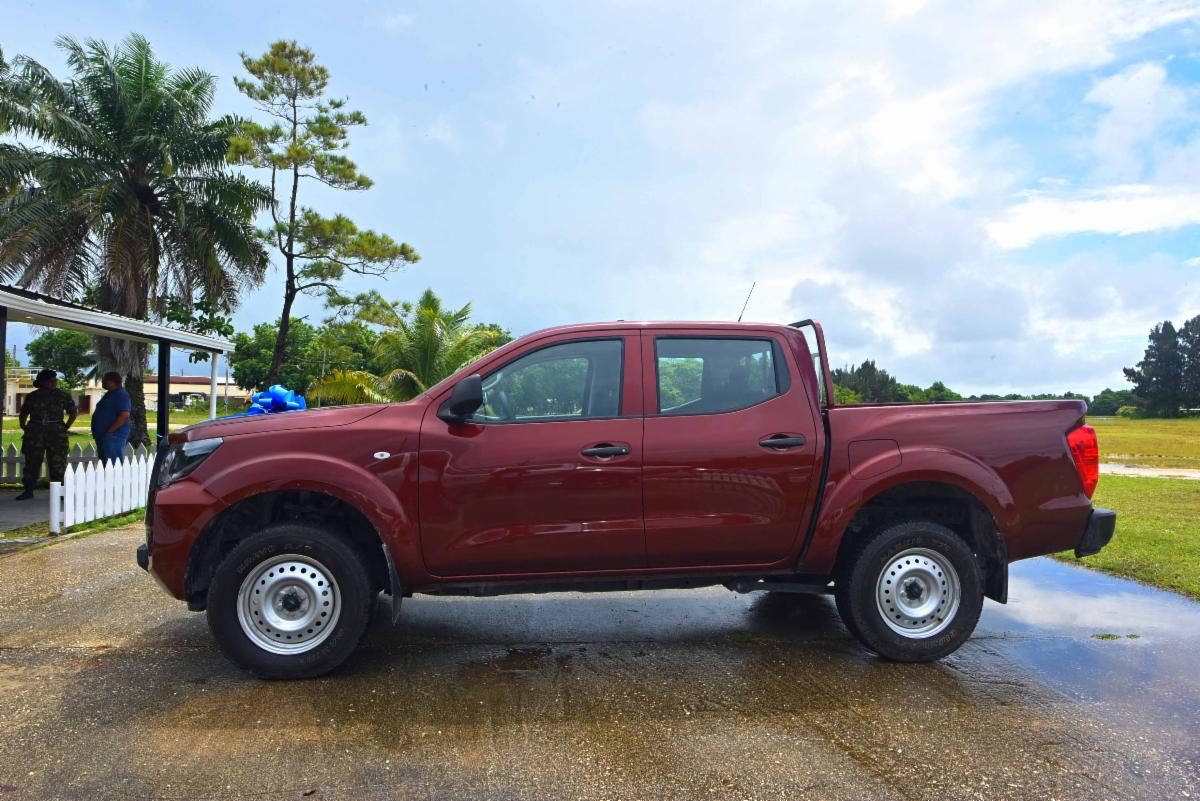 BTB DONATES NISSAN FRONTIER TO THE BDF
Belize City, Belize, August 17th, 2022 – The Belize Tourism Board, through its Industry Development Department (IDD), donated a 2023 Nissan Frontier Pick-Up Truck to the Belize Defense Force (BDF). The vehicle was delivered during the official handing-over ceremony held today August 17, 2022 at the BDF Price Barracks compound in Ladyville. The handing-over was done by the Honorable Anthony Mahler (Minister of Tourism & Diaspora Relations) to the Honorable Oscar Mira (Minister of State in the Ministry of Defense & Border Security). Both ministers provided remarks at the ceremony and emphasized the need for increased security within emerging tourism destinations. The donation stems from the recent upgrades to the Mountain Pine Ridge region which have led to an increase in both local and international visitors to the region.
The donated vehicle is to be used primarily for security patrols within the Mountain Pine Ridge (MPR) and Caracol regions in the Cayo district. Additionally, it is anticipated that the donation will increase security within the region and provide the BDF personnel with a reliable means of transportation to offer assistance. It also highlights the effort being made by the BTB to strengthen the already existing relationship with the national security departments in Belize.
Present at the handing-over ceremony was Mr. Evan Tillett, Director of Tourism, Brigadier General, Asariel Loria, members of the Belize Defense Force, BTB staff members and other invited guests. The BDF showed great appreciation for the donation and emphasized the security benefits it will provide.
For more information, please contact the BTB at 227-2420 or via email at [email protected]